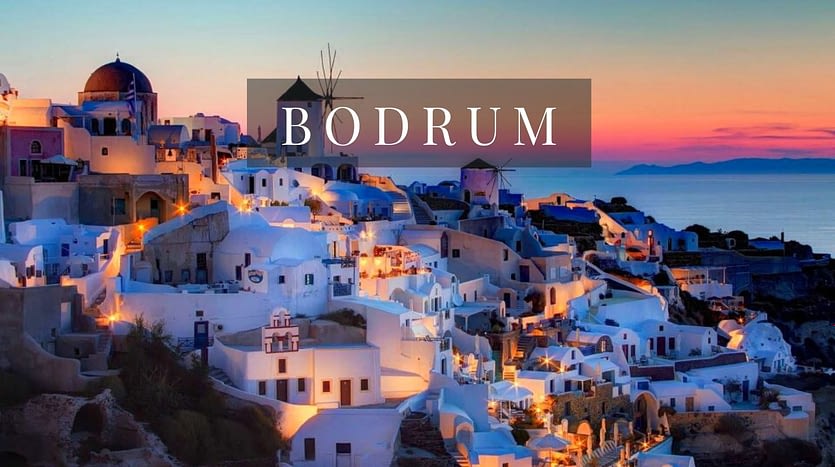 Bodrum is a Turkish coastal area and city located in the southwest of Turkey in Muğla province on the southern coast of the Bodrum Peninsula, with a population of 181,541 in 2020.

The city is characterized by charming white houses carved into the green mountains, and a seaport connecting it with the Mediterranean islands and the Aegean Sea, from which cruises and recreational trips are launched.

Bodrum attracts a lot of tourists from all over the world despite being a small city, due to the beauty of its nature and the moderation of its climate and the splendor of its beaches, in addition to being a city with a long history.

There are several titles that call the city and the most famous ‘pearl of Turkey’ for the splendor of its beaches and the purity of its water and the beauty of its nature and the ‘city that does not sleep’ because it contains shops working around the clock to provide all the needs of its visitors.

The History of Bodrum

Bodrum attracts tourists from all over the world, and contains many sights and history, most notably:

In Bodrum, many festivals and events are held tourism, art, and cultural, the most prominent of which are: